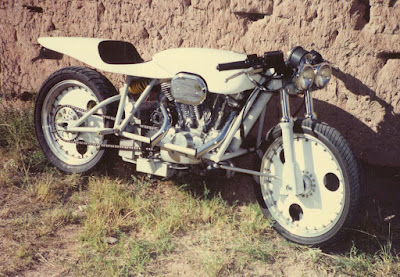 This one was designed in 1987, initiated construction in 1988, and finished in early 1991. It was powered by a 1988 H-D Sportster engine. The wheels, frame, bodywork, etc. were fabricated at home. The front brake has an "inside out" rotor on the left side of the rim. The front end steered on an upper ball joint and 2 virtual pivot arms aft of the hub with an 18 degree steering angle and 4 inches of trail. The bike weighed 365 lbs. The wheelbase was 55 inches. It was dead stable at any speed and could be ridden no-handed from 100+ mph down to 10~mph with no wobbles at all. The bike was featured in the Oct '91 Motorcyclist, Jan '92 Hot Bike, and Summer '97 Battle2Win magazines. About 4200 miles were on it when it was sold in '93 to build the Big Twin powered follow-up bike - which never got finished and the parts were sold. 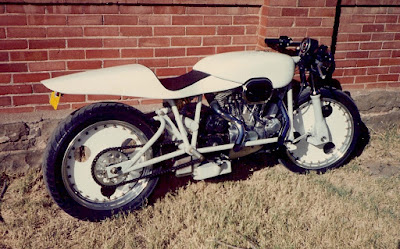 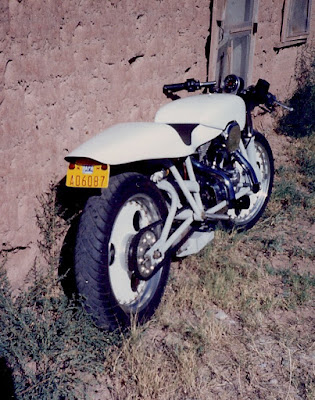 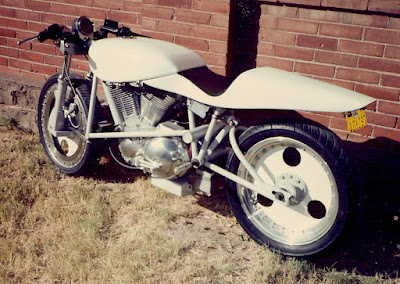 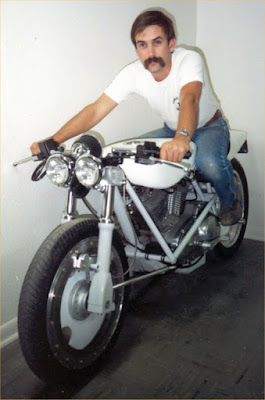