While cornerworking in the 100 degree heat at a recent MRA race, a very radical two stroke concept crossed my mind, man. I can develop it from an existing engine while developing the next race bike. So I got another Kawasaki 500 engine. 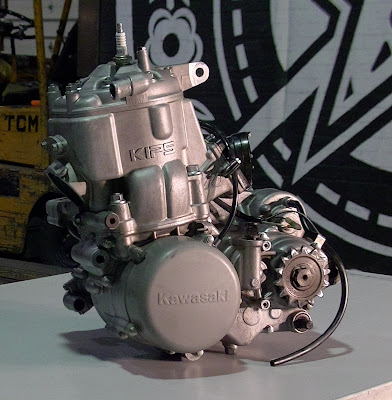 More power with potential for a lot more power, a lot less weight (Goal: 265 lbs), a much narrower rider position (Much more aerodynamic and safer as well; the rider's squishable and crunchy parts go inboard the frame's perimeter this time), and a lot more traction with radial racing slicks instead of DOT bias ply tires all sound like my idea of fun. If all goes well, 2016 will see the current racer back on the track and construction started on the next racer. No idea what year it will be finished. The KX500 engine weighs 60 lbs, minus the radiator, carburetor, and exhaust. The EX500 engine, in the same configuration, weighs 126 lbs. The engines were weighed on the same calibrated scale. Both engine silhouettes above are the same scale and shown leveled with the output shafts in line. The length of the KX engine will increase when it gets a counterbalancer in front of the crankshaft. Only one pipe is required for the KX, but it sure is a lot larger and more complicated to make than the EX exhaust system! The power increase, as well as the improvement in sound quality, should be enjoyable.

Motorcycle roadracing is dangerous. Making roadracing motorcycles from scratch introduces even more hazards! As much as I like titanium, I prefer to use as little as possible internally. Every precaution is being taken; no expense has been spared in the name of safety! 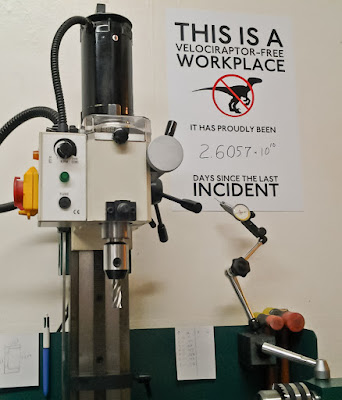