The final race of 2018 was the first and only weekend out for the racer. Bad weather resulted in no practice. The racer behaved very well, but that lack of practice resulted in really awful lap times. Many of the other racers ahead of me were battling for season championships - I didn't think that one person's proof of concept development program should interfere with the sporting intentions of the other racers, so I pitted before I got lapped. One racer followed me from the start - after I pulled off, his lap times dropped a lot - I hope he enjoyed the show. Unless someone else needs to test the racer, that's the last time I take it to the track. From now on, I'll get a kick out of looking at it in the shop until it makes it upstairs into my living room/office. 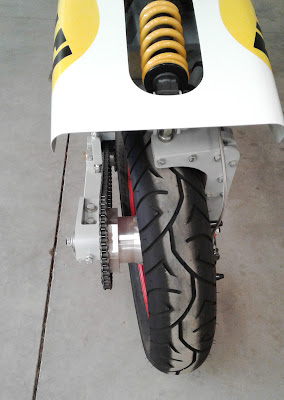 My favorite thrill is pinning the throttle after the apex of T3 at HPR, especially with an untested bike. My second favorite thrill is getting an idea out of my head and turning it into a design before making it real, loading it into the van, and taking it to the track. The next racer is into that "Second favorite" stage. The details are a lot different than the first racer, with a few exceptions. The shocks will end up in the same area, and the upper A-arms and single sided steered upright will return at both ends (With vastly lighter and better looking design and fabrication). I'm really excited about the design of the lower suspension arm - it is VERY exotic and unique (One arm for both wheels) - it solves all of my prior 2WS/2WD design nuisances and headaches. 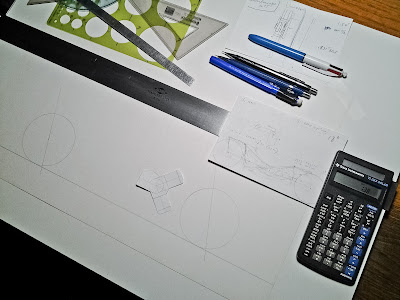 Another good thrill is having a photo pass for MRA events and shooting video. While nothing beats the view of the race from a race bike, being able to wander around the track and scout out vantage points for capturing the action is about as close as anyone else can get. A lot of my footage made it into the MRA's Award Banquet video - thanks for the credit!

Getting the shop together and tooled up is still in progress. All of the lighting and outlets were removed and replaced. A heater should be installed very soon. Real machine tools have been moved in. As always, good help is necessary for rigging heavy machines! 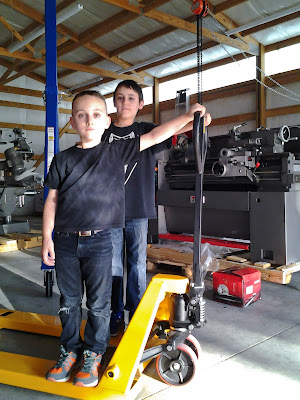 There's a LOT of work in the shop to be done in 2019. And MRA racing action to shoot at HPR with a new camera this upcoming season well.